BEIRUT (AP) — Gunmen assassinated a prominent Syrian pro-government figure at his home in southern Lebanon on Wednesday in the latest sign of Syria’s civil war spilling over into its smaller neighbor, security officials said.

Mohammed Darrar Jammo was gunned down, shot nearly 30 times, in the coastal town of Sarafand, a stronghold of the Shiite militant Hezbollah group, the officials said on condition of anonymity in line with regulations. Assassinations of politicians, army officers and journalists who support President Bashar Assad’s regime are not uncommon in Syria, but the killing of a well-known Syrian in Lebanon is rare.

Violence linked to Syria’s civil war is increasingly washing across Lebanon, threatening to unleash large-scale fighting in the country. On Tuesday, a roadside bomb struck a Hezbollah convoy near the Syrian border, while last week a car bomb in south Beirut wounded 53 people in the heart of the militant group’s bastion of support.

Syria’s conflict has cut deep fissures through Lebanon and exposed the country’s split loyalties. Many Lebanese Sunnis support the overwhelmingly Sunni uprising against Assad in Syria, while Shiites generally back Hezbollah and the regime. Clashes between pro- and anti-Assad groups in Lebanon have left scores of people dead in recent months, and the violence has escalated as Hezbollah’s role fighting alongside the regime has become public.

Jammo, a 44-year-old political analyst who often appeared on Arab TV stations, was one of Assad’s most vociferous defenders. In frequent appearances on television talk shows, he would staunchly support the Syrian regime’s strong-armed response to the uprising and in at least one case shouted down opposition figures and called them “traitors.” 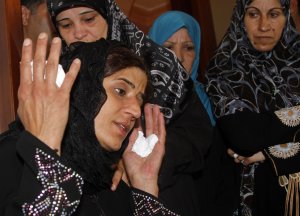 His hard-line stance earned him enemies among Syria’s opposition, and some in the anti-Assad camp referred to Jammo as “shabih,” a term used for pro-government gunmen who have been blamed for some of the worst mass killings of the civil war.

Lebanon’s state news agency published a photo Wednesday of a shirtless Jammo lying on a blue sheet stained with blood, his chest riddled with bullet wounds.

The Lebanese security officials said Jammo’s Lebanese wife and daughter were both in the house at the time of the attack. His daughter was later rushed to the hospital after suffering from shock, the officials said.

They added that a Lebanese man was detained near Jammo’s house in Sarafand shortly after the shooting and was being questioned.

Around 300,000 people displaced after deadly blast in Beirut: Governor

Lebanon, August 5 : Around 300,000 people became homeless as a result of the recent

WASHINGTON, July 11:The United States recorded 63,643 new coronavirus cases on Friday, according to a

With a spike of 22,252 cases, India’s COVID-19 count breached the seven lakh mark and

Japanese Govt. Conferred the ‘Grand Cordon of the Order of the Rising Sun’ medal to Former Minister Pandey

Jhapa, Feb 17 : Minister for Culture and Tourism Bhanubhakta Dhakal has claimed the step