LONDON (AP) — Novak Djokovic and Andy Murray are building their own Grand Slam rivalry, one that perhaps someday will merit mention alongside Roger Federer vs. Rafael Nadal, or Djokovic vs. Nadal.

When the No. 1-ranked Djokovic faces No. 2 Murray to determine Wimbledon’s champion Sunday, it will be their fourth meeting in a major final — and third in less than a year.

That’s not yet quite up to the lofty standard set by Federer and Nadal, who played each other in eight Grand Slam title matches from 2006-11. Djokovic and Nadal have contested five major finals since 2010, including a stretch of four in a row.

While part of the appeal of the Federer-Nadal matchup lies in their vastly contrasting games — all the way down to the most basic level, righty vs. lefty — Djokovic-Murray features two guys who employ rather similar styles. 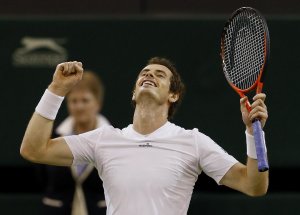 They also are cover-every-inch hustlers who can switch from defense to offense, quick as can be.

“There is some similarities there, in terms of if you look at stats and stuff. I mean, both of us return well. That’s probably the strongest part of our games. Both play predominantly from the baseline,” said Murray, who is aiming to become the first British man to win Wimbledon since Fred Perry in 1936.

“We both move well, but a different sort of movement,” Murray continued. “He’s extremely flexible and he slides into shots, even on the courts here. He slides more. He’s quite a bit lighter than me. So I’d say I probably move with more power, and he’s much more flexible than me.” 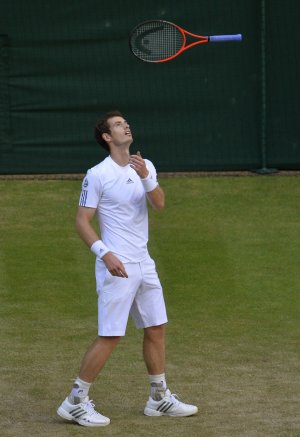 Djokovic, the 2011 Wimbledon champion, is seeking his seventh Grand Slam title overall and will be playing in his 11th major final. Murray is 1-5 in major finals. He has reached the championship matches at each of the last four Grand Slam tournament’s he entered; he skipped this year’s French Open because of a bad back.

Murray didn’t need to expend too much energy to get past Janowicz, but Djokovic’s win against del Potro was physically and emotionally sapping. It lasted 4 hours, 43 minutes, a record for a Wimbledon semifinal, and was filled with intense points.

“I did play a very long match, but I had situations before where I had to recover even just in 24 hours for the match the next day,” Djokovic said Saturday. “I kind of got used to it and I know my body. I have a great team of people around me that make sure that we respect everything that we usually do. I’m confident I’ll be ready for tomorrow.”

Del Potro’s take about how much Djokovic will have left for Sunday: “He will be OK.”

Djokovic and Murray have put up remarkably close numbers over this fortnight. 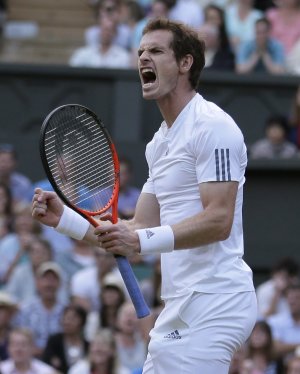 Born a week apart in May 1987, Djokovic and Murray first met as junior players.

“We know each other since we were 11 years old. On and off the court, we have lots of respect for each other. Always very fair, very honest relationship,” Djokovic said. “Now we are big rivals and it’s difficult. … So we don’t get together and have dinners and parties, but we definitely always chat and remember the fun days we had as juniors.”

The two men get along well enough that when both were at the semifinal stage of last year’s U.S. Open, they sat in front of a computer together and watched online while Murray’s Scotland and Djokovic’s Serbia played to a 0-0 draw in a qualifying match for soccer’s World Cup.

“We have a professional friendship, I think, now. When we were younger, it was more friendly,” Murray said. 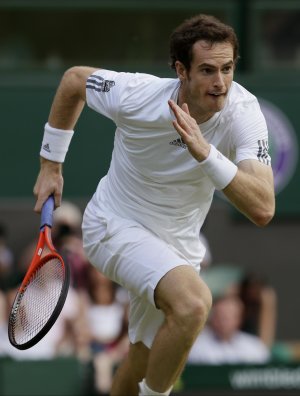 “We’ve spent a lot of time discussing various issues within tennis and doing what I think sometimes what was best for the sport. But I don’t think it goes more than that right now. I would hope when we finish playing, it will be different,” Murray added. “But it’s just hard, because playing in big, big matches with a lot on the line, you can’t be best of friends when that’s happening.”

Djokovic leads the head-to-head series 11-7, including winning their most recent three matches. While this is their first Wimbledon encounter, they did play on the All England Club’s grass in the semifinals of last year’s London Olympics, and Murray won 7-5, 7-5 on his way to a gold medal.

That’s part of year-plus stretch in which Murray has won 17 consecutive matches on grass, and 23 of 24.

His victory over Federer in the Olympic final, four weeks after losing to the 17-time major title winner on the same court in the Wimbledon final, gave Murray a real boost of confidence.

There’s a tremendous amount of pressure and expectations heaped on Murray every year at this time, because of the considerable wait for a British champion. 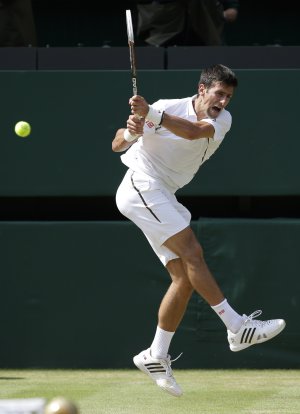 He knows that, of course.

So does Djokovic, who is aware there will not be many people pulling for him in the stands Sunday.

“It’s normal to expect, in a way, that most of the crowd will be on his side. He’s a local hero,” Djokovic said.

Murray says he thrives with the backing of 15,000 or so flag-waving, top-of-their-lungs-yelling spectators every time he plays on Centre Court.

“There’s that extra bit of pressure that probably Novak doesn’t have,” said Murray’s older brother, Jamie, who won the 2007 mixed doubles title at the All England Club. “If (Andy) deals with that well, then I’m sure he can perform in the final. Whether he wins or not I don’t know, but they’re two evenly matched guys, and they’ve had a lot of great matches in the past. Hopefully Sunday will be another one.” 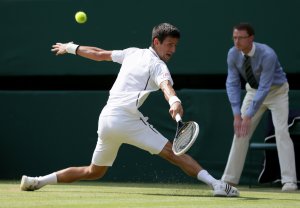 Instead of another Federer vs. Nadal, No. 1 vs. No. 2, match on the last Sunday, this time it’ll be Djokovic and Murray. In as unpredictable a Wimbledon as anyone can recall, Nadal lost in the first round, and Federer exited in the second, both against men ranked outside the top 100.

Murray was asked how his mindset might be different in his second Wimbledon final than it was in his first, 12 months ago.

“I’ll be probably in a better place mentally. I would hope so, just because I’ve been there before. I won a Grand Slam. I would hope I would be a little bit calmer going into Sunday,” Murray said. “But you don’t know. You don’t decide that. I might wake up on Sunday and be unbelievably nervous, more nervous than I ever have been before. But I wouldn’t expect to be.”

KATHMANDU, June 29 : Participants of a virtual seminar organized here today on the occasion

KATHMANDU, June 26 : Property worth Rs 1.5 million was lost in fire when the