CHINA, March 10: The consumer price inflation (CPI) data compares with a rise of 0.8% in January, which was the weakest reading since November 2009.

The rise in inflation for the period was attributed by officials to China’s Lunar New Year celebrations.

The official number could ease some deflation worries for the world’s second-largest economy, although analysts were unconvinced the holiday period was a factor for the year-on-year rise.

“The statistical office said Lunar New Year was the reason behind higher inflation, although we feel this explanation is not sufficient given that last year Lunar New Year was also in February,” said economist Dariusz Kowalczyk from Credit Agricole in Hong Kong.

“In any case, the data confirms our view that there will be no further rate cuts considering that the [reserve bank] said it was managing real rates and these are much lower now with higher inflation,” he said.

Expectations were for a fall of 4.3%, in line with January’s data. China has now seen factory price deflation for some three years.

Overcapacity at factories is believed to be contributing to deflation, together with a downturn in the property market. 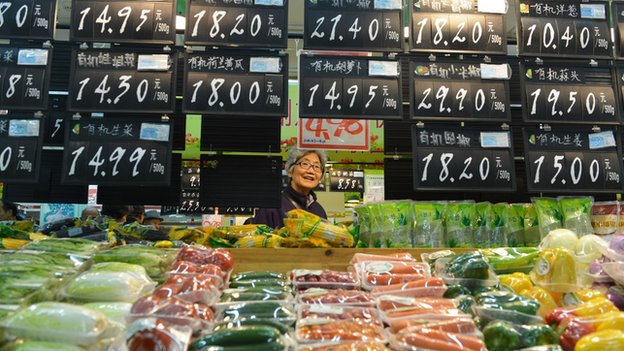 Earlier this month, China’s Premier Li Keqiang said the government would have a consumer inflation target of about 3%, down from 3.5% in 2014.

Inflation data for January, which hit a five-year low of 0.8%, had shown that overall inflation pressures in China remain weak, Moody’s Analytics economist Alaistair Chan said in a note.

“Disinflation is apparent across most categories, ranging from food to housing to household goods,” Mr Chan said.

“Consumer prices have been moderating because of the housing slump and general overcapacity in many industrial sectors [and] lower oil prices are also lowering retail energy costs.”

Premier Li said that the economy would face greater difficulties this year, compared to the previous one.

China, the world’s second-largest economy, has set its growth target at about 7% for this year, down from a target of 7.5% in 2014.

KATHMANDU, June 29 : Participants of a virtual seminar organized here today on the occasion

KATHMANDU, June 26 : Property worth Rs 1.5 million was lost in fire when the